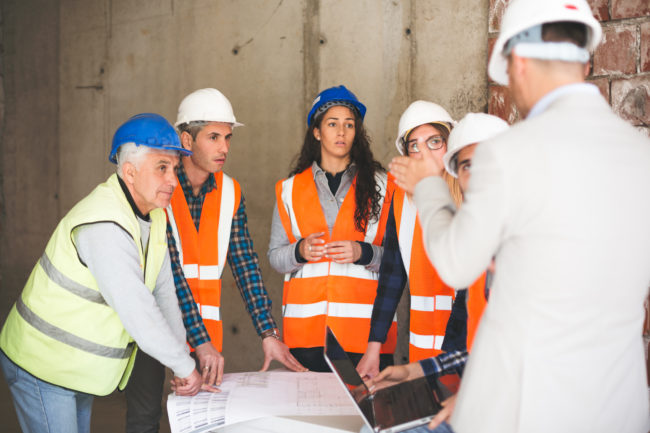 In Connecticut, the “traditional” rules of workers’ compensation are relatively well established. A restaurant employee cuts his finger preparing food on shift; a home health aide pulls a muscle in her back while moving a patient on shift; a delivery truck driver gets into a motor vehicle accident while delivering to a customer. But what if you are a contractor or subcontractor on a job/site and get injured? Do you know who your direct employer is? Is there workers’ compensation coverage? For the most part, the same rules apply as with any injured worker. However, there are some distinctions.

For contractors, there are two common insurance structures – Owner Controlled Insurance Program (OCIP) and Contractor Controlled Insurance Program (CCIP). An OCIP is an insurance policy held by a property owner during the construction or renovation of a property, which is typically designed to cover virtually all liability and loss arising from the construction project (subject to the usual exclusions). A CCIP is an insurance program that protects the general contractor, its subcontractors and the project owner from third party general and workers’ compensation claims.

Am I entitled to workers’ compensation benefits?

Generally, an individual injured on a job/site is entitled to all the same benefits as any other employee. Medical and indemnity (lost time, permanency, etc.) benefits are available as with any “traditional” worker-related injury. One important distinction is the base compensation rate. Connecticut General Statutes Section 31-307 requires that an individual injured on a job/site will be entitled to a base compensation rate of 100 percent of his/her average weekly wage if the injury resulted from an OSHA violation that was previously cited and not corrected. This serves as a punishment to contractors who neglect OSHA safety regulations and encourages compliance. If no prior OSHA violation existed and was cited, then the weekly base compensation rate is calculated as would be any normal employee.

Do I have an opportunity to sue other parties civilly for my injury?

As a general rule, an employee cannot sue his/her employer civilly; this is known as the exclusivity provision of the Workers’ Compensation Act. There are limited exceptions to the exclusivity provision. However, in the scenario of a construction job/site, the law is clear that the prime contractor (general contractor) cannot be sued. See C.G.S. Section 31-275 and Gonzalez v. O and G Industries, Inc., 322 Conn. 291 (2016). There may be other parties liable for the injured worker’s injury, but the general contractor is protected from suit. The injured workers’ only remedy against a general contractor is workers’ compensation, if applicable.

Next ArticleSend in the Drones: An Overview of OSHA’s Drone Inspection Policy