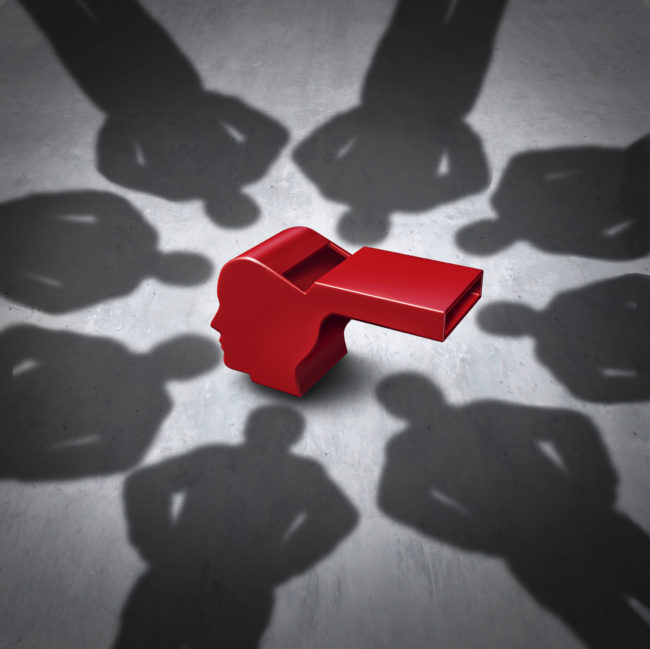 Whistleblower Protections for Employees Apply Regardless of Immigration Status

OSHA prohibits retaliation against employees for exercising their workplace rights, regardless of the employees’ immigration status. That issue has come up in a recently filed federal lawsuit initiated by the U.S. Department of Labor when an undocumented construction worker was arrested by U.S. Immigration and Customs Enforcement shortly after reporting a workplace injury and filing a worker’s compensation claim arising from a 2017 accident.

Section 11(c) of the OSH Act prohibits employers from discriminating against their employees for exercising their rights under the OSH Act. These rights include filing an OSHA complaint, participating in an inspection or talking to an inspector, seeking access to employer exposure and injury records, reporting an injury, and raising a safety or health complaint with the employer. If workers have been retaliated or discriminated against for exercising their rights, they must file a complaint with OSHA within 30 days of the alleged adverse action. OSHA enforces the whistleblower provisions of 22 statutes protecting employees who report violations of various airline, commercial motor carrier, consumer product, environmental, financial reform, food safety, motor vehicle safety, healthcare reform, nuclear, pipeline, public transportation agency, railroad, maritime, and securities laws.

In February of this year, the U.S. Department of Labor filed suit against a Boston-based contractor and its chief executive officer (employer) alleging that they retaliated against an injured employee by facilitating his detention by U.S. Immigration and Customs Enforcement. According to the complaint, the employee sustained a serious injury when he fell from a ladder in March of 2017. He reported his injury to his employer, and OSHA investigated it. Reporting an injury to an employer and causing an OSHA proceeding to be instituted are protected activities under Section 11(c) of the OSH Act. Thus, any retaliation against the employee for reporting the injury or causing an OSHA investigation was prohibited.

In the lawsuit, which was filed in the U.S. District Court for the District of Massachusetts in late February, the Department of Labor is asking the court to order the employer to comply with OSHA’s anti-retaliation provisions, and pay the employee back wages, interest, and compensatory and punitive damages. The Department of Labor is further seeking an order requiring the employer to provide a neutral letter of reference for the employee, expunge from their files any information regarding the adverse action against the employee in this case, and notify all of its employees of their whistleblower rights.