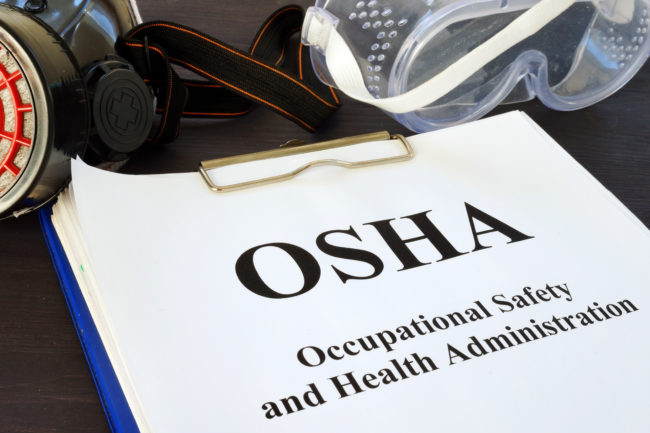 On October 11, 2018, OSHA issued a Memorandum (the Memorandum) ostensibly clarifying its position on post-accident drug testing and employee incentive programs.  Any fair reading of the Memorandum, however, shows that OSHA is actually doing a lot more than simply “clarifying” its position – in some respects, it is completely reversing course.  This is especially true with respect to safety incentive programs.  And employers should take note.

OSHA’s “old” position on safety incentive plans – since at least 2016, and actually well before that time – was that plans rewarding employees for engaging in certain “behaviors” were permissible and that plans tied to maintaining and/or decreasing injury and illness “rates” were not.  So, for example, an employer incentive program giving workers a bonus for going a month with no reported injuries or illnesses would violate the OSHA standard.  The thought process was that such a program might discourage employees from reporting injuries since employees might feel pressure not to report the injury, or might not want to lose out on the bonus (or spoil it for others).

In a departure from OSHA’s prior policy, OSHA has now given employers the green light to implement (those previously-barred) rate-based programs.  As expressly stated in the Memorandum, “[r]ate-based incentive programs are also permissible under § 1904.35(b)(1)(iv) as long as they are not implemented in a manner that discourages reporting.  Thus, if an employer takes a negative action against an employee under a rate-based incentive program, such as withholding a prize or bonus because of a reported injury, OSHA would not cite the employer under Section 1904.35(b)(1)(iv) as long as the employer has implemented adequate precautions to ensure that employees feel free to report an injury or illness.”  We encourage you to read the entire Memorandum here for more of what OSHA has to say on this subject.

In the Memorandum, OSHA also provides true clarification (not an about-face) on its post-incident drug testing policy.  The Memorandum clarifies that post-incident drug testing is permissible under 29 C.F.R. § 1904.35 (b)(1)(iv) if it is used to evaluate the root cause of a workplace incident that harmed or could have harmed employees.  Importantly, if the employer chooses to use drug testing to investigate an incident, the employer should test all employees whose conduct could have contributed to the incident, not just employees who reported the incident.

In conclusion, the Memorandum states that the following drug testing policies are permissible:

Next ArticleUnpreventable Employee Misconduct: Defending Your Company when there is No Defense to the Conduct